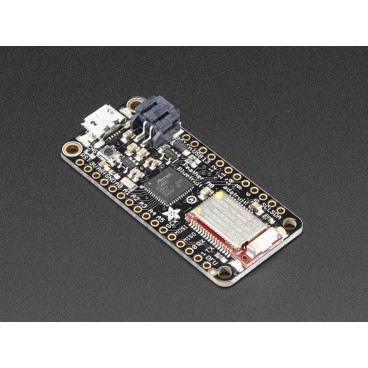 The Feather is the new development card developed by Adafruit and as its name suggests, Feather pen in English means, it's small, light and can you raise! It was designed to establish a new standard of small microcontroller.

This version of the map Feather has a module bluetooth BTLE nRF51822 with management integrated with a micro-USB connector battery charge.

In order to realize mobile montages, this has to a built-in JST connector card dedicated to batteries Lithium polymer 3, 7V with a charging circuit. If you do not need battery, simply feed it through the micro-USB connector. The Feather card will automatically switch between USB power and the battery if needed.

Sold tested and assembled.
Programming embedded in the Arduino IDE.