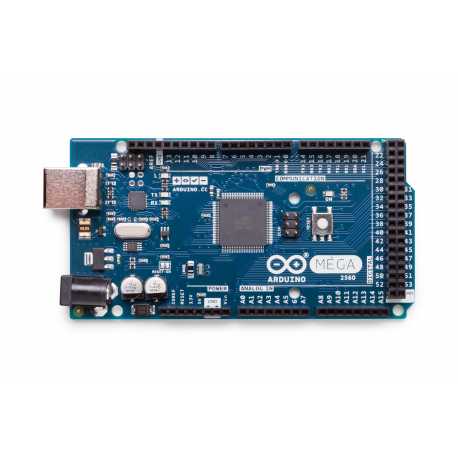 The Arduino MEGA 2560, based on the ATmega2560 MCU, features a multitude of inputs/outputs.

He has 54 digital input/kinds (of which 14 can be used as PWM outputs), 16 analog inputs, 4 UARTS, a 16 MHz quartz oscillator, a USB connection, a power jack, an ICSP connector, and a reset button.

You can find out what it is possible to achieve with an Arduino kit on the blog.