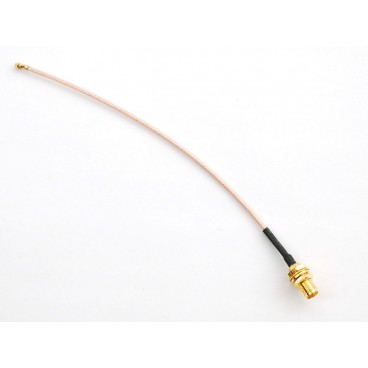 This cable is RG178 and it measures 15 cm long (5.9 ") out connector SMA. There is one end of a connector mounted on Panel, and often used SMA cell connections.

Well see the antenna you want to use and the photo of the product to check if you need a RP - SMA or SMA connector, because it is not compatible.