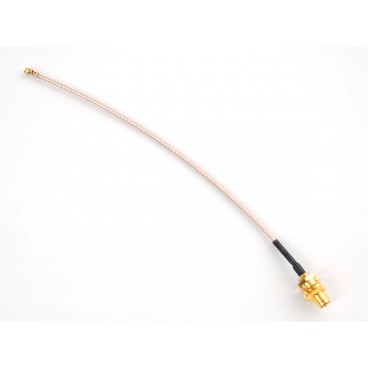 This cable is RG178 and it measures 15 cm long (5.9 ") out-of-RP - SMA connector. There is one end of a connector RP - SMA mountable on Panel, and often used for the WIFI routers and antennas. GPS and cellular connections use instead the standard SMA. Look so good the antenna you want to use and the photo of the product to check if you need a RP - SMA or SMA connector, because it is not compatible.