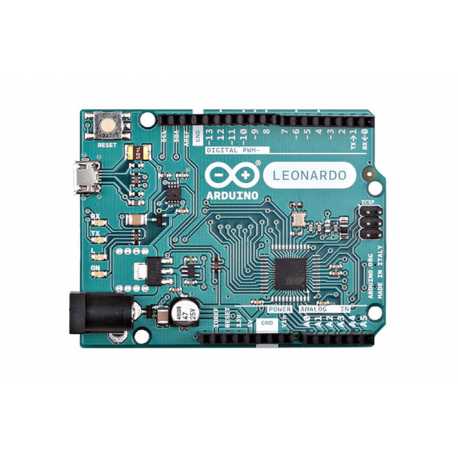 An Arduino board that can emulate a keyboard or a USB mouse.

The Arduino Leonardo is based on the microcontroller ATMEGA32U4, it is an evolution of the Arduino UNO.

It has 14 digital input/kinds (of which 6 can be used as PWM outputs), 12 analog inputs (with 6 shared on the digital inputs), a 16 MHz quartz oscillator, a USB (micro USB) connection, a power jack, an ICSP connector, and a reset button.

The Arduino Leonardo is available in two versions: with or without connectors, it has connectors Headers.